See some of the most beautiful sceneries of Prague!

… also is fun. And the cheap beer is only a small part of the attraction.

Prague – the fifth most visited city in Europe, a historical fairytale town, a cosmopolitan bridge between the East and the West, the capital of the Czech Republic and most of all, our home – is one of the greatest places in the world to live. Situated in the geographical heart of Europe, Prague has one of the largest and most dynamic expat populations in Europe thanks to the city’s affordability and accessibility. It is also one of Europe’s safest and greenest metropoles and has a great, cheap and dense public transport network, ranked 5th in the world. Situated on the hills along the meanders of Vltava River, Prague is anything but grey and boring. The city boasts history that spans over 1000 years and an extensive variety of architectural styles which provide the perfect background for the study thereof. Apart from medieval streets and ornate palaces of the historical centre, Prague also features a number of beautiful and lush residential quarters from the beginning of the 20th century as well as up-and-coming industrial neighborhoods appealing to the younger population. Prague is lively, yet not rushed, welcoming, yet not too loud. Prague’s food and coffee scene is bourgeoning and its nightlife is legendary – Czechs are proud to be the biggest beer drinkers in the world. What is more, there are dozens of museums, galleries, theatres and concert venues offering a world-class cultural programme from smaller music gigs to ballet performances to various art exhibitions. Thanks to the welcoming locals (that Praguers really are) and a good standard and affordability of housing and education, you will feel at home before you even learn to say dobrý den!

Below, you will find very basic practical information about travel and living essentials in Prague (in alphabetical order). If you have more questions, you may try scrolling down (there are sections about Accommodation, Insurance, Health care, Transportation and more), see our FAQs or contact info@archip.eu for more information. Expat groups and Facebook groups may also be a great help. 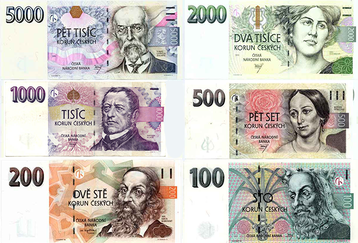